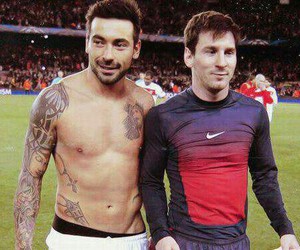 THINGS TO CRAZY FROM CHINA FOR MESSI READY 500 MILLION. IS NOW THE MOST PAID LAVEZZI

500 million euro net for a 5-year contract, ie 100 million per year. This the Hebei Fortune offered to have in the team Lionel Messi. As revealed by Sky Sports Hebei Fortune, team coached by former City Pellegrini, would be ready for a mega offer for you have brought the Flea. The Chinese company has already shown not to have any hesitation to invest to strengthen their team. Just think that in Hebei Fortune plays the Pocho Lavezzi who according to the Spanish ‘AS’ newspaper is the highest paid footballer in the world. The transfer last February of the former Napoli Paris Saint-Germain to Hebei China Fortune was worth a fortune to the Argentine who has signed a 23-month contract, from 53.2 million euro. Lavezzi earns more than half a million more than Cristiano Ronaldo, and Messi the same that before the Chinese super offer, was negotiating a renewal with Barcelona. Among the benefits of Pocho: two fully furnished houses, two cars, a driver and a cook who needs to know how to cook Italian or, who knows, Naples.