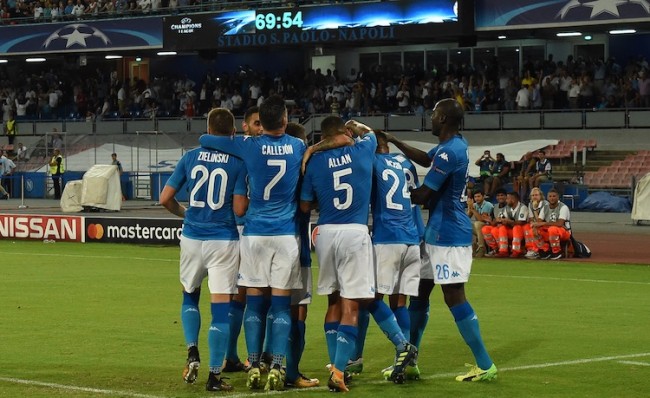 CALLEJON AND INSIGNE PUT THE NAPLES IN CHAMPIONS

Napoli returns to Champions. They have thought Callejon and Insigne to shut down the barricades of the preliminaries against Nice that have assured Sarri team team qualifying for the group stage. Even Balotelli and Sneijder failed to come up with a comeback that was already unlikely on paper.
Nice has managed to withstand 0-0 for a while, but it was not enough. Balotelli seemed opaque on too many occasions, in obvious form delay. Late in form Wesley Sneijder, who has the merit of taking the first shot in the door of the game after five minutes. Naples gives the whole feeling of total tranquility. The Nice tries us above all with the follies of Saint-Maximin. After the interval, Souquet returns to Hamsik, who calls Callejon as a rocket on the opposite end: 1-0 and closed Champions Practice. Nice has the opportunity to tie up with the usual Saint-Maximin that hardly finds the right head, that of Dante. The décor marks in the final. Despite the number of goals lost in two games, Napoli closes the duel with Nice 4-0 and flies to the Champions League.
ofəv