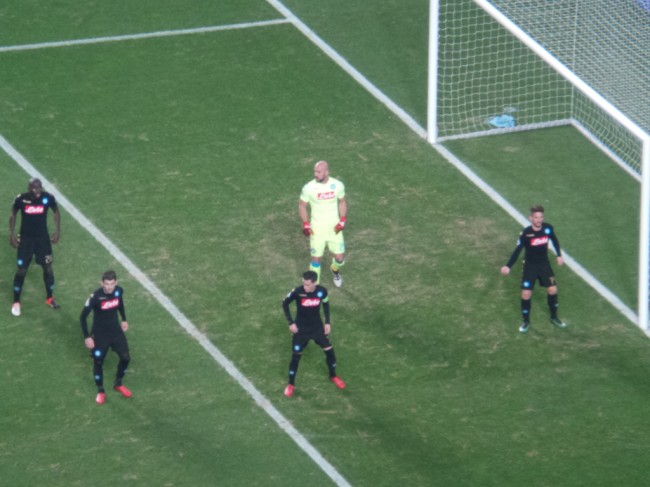 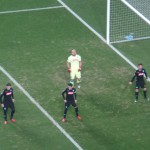 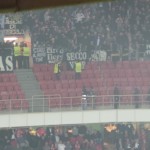 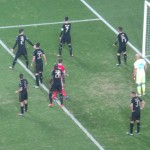 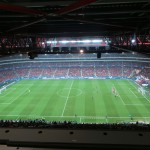 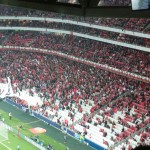 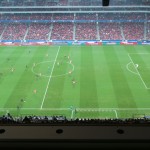 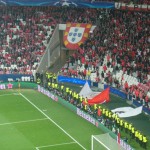 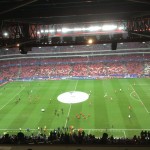 The Stadio da Luz is a bolgia, a few minutes before the start of the game between Benfica and Napoli seemed almost empty then suddenly it was filled. Before the start whistle a minute of harvesting for the victims of the chapecoense: it seems impossible but it was not flying a fly. The Blues wear the black jersey, the Portuguese the Red Hood. In the field Rui Vitória has deployed a 4-2-4, Maurizio Sarri on 4-3-3 with Insigne, Gabbiadini and Callejon Trident. In the first minutes the Benfica tries to attack but the Napoli keeps the positions in the field. It arrives on the field the news that Dinamo Kiev has scored against Besiktas and explodes the DA Luz.

In the first twenty minutes the game is substantially balanced, an opportunity for Naples, great Hamsik on the rethrust of the goalkeeper Gabbiadini marks but is offside.

Then it touches Benfica to give a thrill to the Blues. It warms up the atmosphere, Naples begins to believe and tries to attack. In Ukraine the Dynamo scores on penalty and is 2-0. Spend a few minutes and the stadium explodes: Dinamo-Besiktas 3-0. Meanwhile Ederson para un bel tiro di callejon well served by Ghoulam.

Ederson soon afterwards is forced to intervene on Gabbiadini. Then it’s the blue defense to mess up a bit and put in the corner. At 40 ‘ Hysaj ends on the ground for a blow to the face, but fortunately it resumes. The first time ends with a slight predominance of sarri men. Besiktas sinks in Ukraine: You go to rest on 4-0 for the hosts. For the moment they have virtually surpassed the group stage in Naples and Benfica.

The shooting starts immediately with the attack of Naples at the port of Benfica: Callejon, however, fails to find the way of the goal. The Benfica proves us but finds it on his way a wall named Koulibaly. Then tap Ghoulam save. Meanwhile, in Naples comes Gabbiadini and enters Mertens. Al 59 ‘ Callejon bags on assist by Mertens and dedicates the goal to the daughter Aria born on December 1. Meanwhile, the Turks in Besiktas have remained in 9 against Dinamo and lose 5-0: Napoli has now passed the turn and it touches the 2-0.

The Blues fans sing their songs, they are still twenty minutes away but the party is going to start. It comes out among the applause Captain Hamsik and enters Zielinski. At the 79 ‘ great action of Mertens: it’s goal. 2 to 0 for Naples. Besiktas remained in 9 loses 6-0. 87 ‘ Benfica scores the goal of the flag