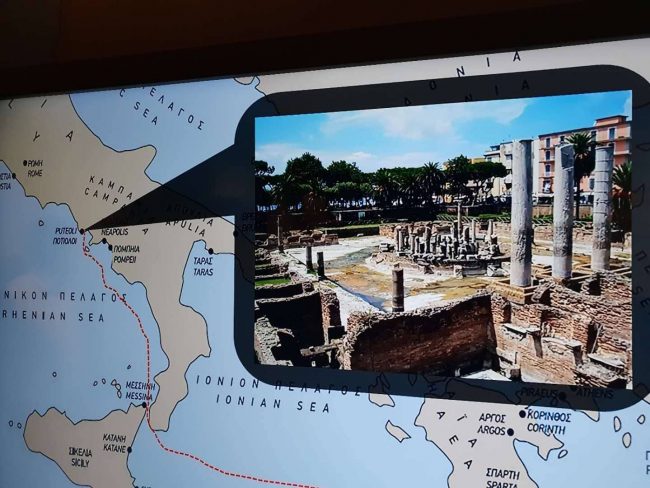 CHINA AND ARCHAEOLOGICAL PARK OF THE FLEGREI FIELDS USED BY CULTURE: THE CHENGDU PROTOCOL IS BORN

Cultural exchanges, promotion of heritage and cooperation for the development of the museum network: these are the points of the cooperation agreement, signed in Chengdu, between the Archaeological Park of the Phlegraean Fields and the Administration of Cultural Heritage of Sichuan, People’s Republic of China.
The Park Director, Paolo Giulierini, has included the Flegrea archaeological area in the range of international offers during his mission in China, obtaining the signature of the Department of Culture of the Sichuan Province for a memorandum of understanding between the Campi Flegrei Archaeological Park , MANN and Sichuan University Museum (PRC) for the creation of exhibitions, exchange of experts and research aimed at applying innovative and experimental methodologies.
“The Chengdu Protocol demonstrates the evolution in international politics of the cultural strategy of the Mibac, the MANN and the new Archaeological Park of the Phlegraean Fields – explains Paolo Giulierini – allowing the mutual enrichment between the two countries that have expressed in the past the empires more solid and cultural achievements of universal importance and today they have the will to compare in a structured form the most advanced experiences in terms of protection, management and enhancement of Museums and Archaeological Parks of East and West “.
An exchange that tends to strengthen communication on techniques, methods and experiences in the field of conservation of cultural heritage and archaeological sites, to work on projects for the fusion of tradition and modernity, through best practices and Italian technologies for the protection and the valorization to exhibit ancient urban discoveries in modern cities, in a continuous temporal dialogue.

A cooperation that will have as a link between the Campi Flegrei and Sichuan, the MANN – National Archaeological Museum of Naples, as part of the cooperation activities promoted by the “Italy-China Cultural Forum”, a dynamic platform of dialogue set up under the aegis of the governments of the Italian Republic and of the People’s Republic of China, whose purpose is to facilitate collaborations between the homologous institutions of the two countries promoted by the Western China International Fair.
In 2018, the year of the Europe-China tourism, Mica has drawn up the Italy-China cooperation agreement. In August, the Ministry of Economic Development-MISE set up the China Task Force, with a Director’s Cabin chaired by Mise and MAECI, in concert with MEF, MIUR, MIT, MIPAAFT, Ministry of the Interior and MIBAC which has among its objectives
promote Italian exports to China and Chinese tourism in Italy to capitalize and build on the strength of the “Made in Italy” brand.