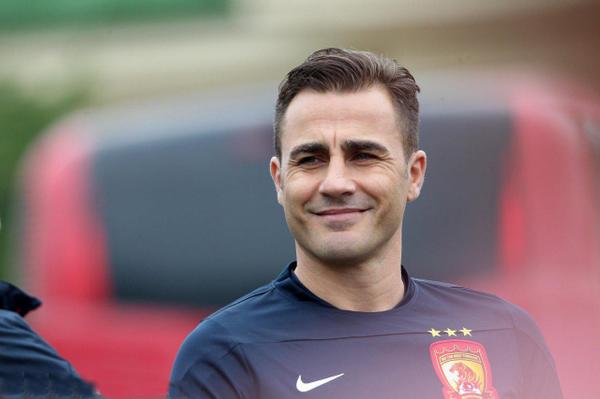 FROM CHINA TO NAPLES: THE FIRST PHOTO OF Fabio Cannavaro FIELD GUIDE TO THE GUANGZHOU Evergrande 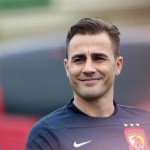 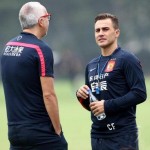 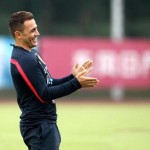 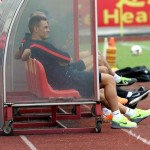 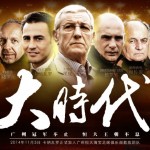 t started with a smile adventure Fabio Cannavaro in China’s Guangzhou Evergrande as coach: it happens to Lippi has won everything that does not go away, because the distance changing role of the family weighed too much and somehow put his paw in the arrival of the Neapolitan street urchin’s most international football. A huge player, the super captain of Italy, the winner also in Berlin.
“They were in contention for the Guangzhou Ferrara and Cannavaro, Lippi said in an interview these days, but already last year the company asked me to Cannavaro. So this year when I said I wanted to do the dt I gave these two names and China are in love with Cannavaro. “in fact Cannavaro are in love with all those who knew him: congratulations on the new assignment came from all over the world environments where the team has played, Napoli, Parma, Inter , Juventus, Real Madrid and Al Ahli where the leaders have even sent newspaper articles concerning him.
Already Ballon d’Or in 2006, the year of the world victory, Fabio was changing “job” with success, with the usual sympathy, his talk simple and infectious smile had become a television commentator for Mediaset, followed by the first World Brazilian and above all the matches of Naples, his Naples.
In China, Fabio Cannavaro is the best ambassador of Made in Italy, her Naples, one of those “Campania’s Excellence” that has always been.
It is now in Canton, rich coastal city of China, where everyone loves ‘tigers’ of Guangzhou, which in four years has won everything there is to win, including national championships, and even a Super Cups Asian Champions League. Again with the signing of Marcello Lippi that Cannavaro was CT in the season’s heroic world of Germany. In addition to Canton Lippi, Fabio has found Alberto Gilardino, who is also world champion in 2006, and Alessandro Diamanti, moody midfielder who declined a lot of offers for adventure with the Chinese Guangzhou. So for the Chinese who love the Made in Italy the top of the football world.
Tweet