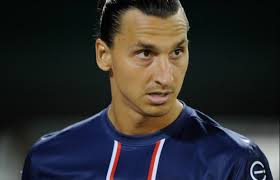 Ibrahimovic, king of American football, dances on TV and advertises everything. But it would be about to return to Europe. At Real Madrid or at Milan

He was already the king of the American stadiums with the goals scored in Galaxi, now he is also the king of the night: the mention of dance at The late late show has made the viewers go crazy and the video of the guest on the TV program by James Corden toured the web.
A relaxed and easy-going Zlatan, like the one who witnesses many TV, telephones and motorbikes.

But according to the many rumors circulating on the network, his prosecutor Mino Raiola would be meeting the top of some European companies because Ibra would like to return to play in Europe. There is talk of Real Madrid “orphan” of Cristiano Ronaldo and of Milan where Raiola would have met Leonardo and Maldini. I wonder if the joking photo posted by the Swedish player with Raiola standing on a player lying down, perhaps Ibrahimovic, with the caption in English: “When your agent tries to get out even the last penny,” was referring precisely to these negotiations .