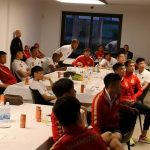 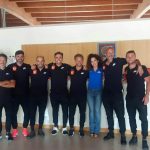 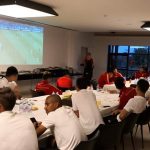 Fabio Cannavaro’s experience at Torre del Grifo Village, after that of last season, has already ended. The former captain of Italy 2006 World Champion has directed the training of Guangzhou Evergrande in the structure owned by Calcio Catania. “It is not easy to build a structure like Torre del Grifo Village in the south. I have always heard about it well, now I can confirm that it is an added value. It is no coincidence that I have made the decision to bring my team here. On the other hand I’m Italian and I find it right that the players come to our country. Football Catania thank you for your hospitality and support, “said the former captain of Italy World Cup champion in 2006. Remained impressively, Cannavaro decided to bring his team to the slopes of Etna, performing the first training sessions to prepare the new season. The Guangzhou Evergrande will remain in Torre del Grifo for a couple of weeks.