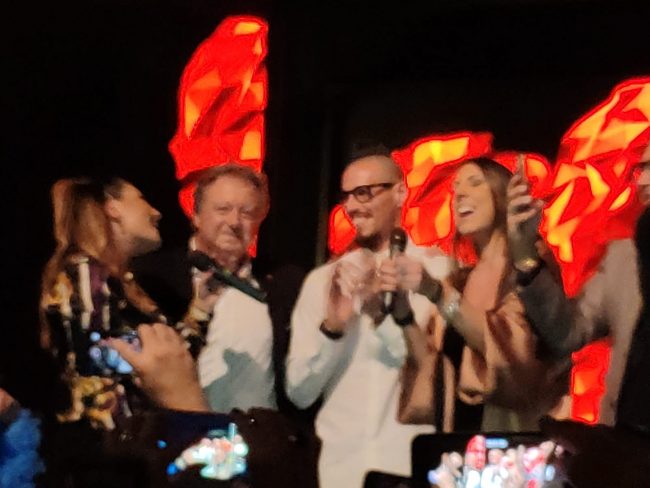 The long farewell of Marek Hamsik, the Slovakian sings at the party of the doctor of Naples De Nicola and trains as if nothing had happened: but the Dalian waits him

Marek Hamsik is a long goodbye. A leave that is done but the details of the passage of the blue captain to the Dalian, in China must be perfected. However, it is his last days in the shadow of Vesuvius. Hamsik attended the birthday party of the Naples doctor Alfonso De Nicola where he had fun and intoned a classic of the Neapolitan song, “O ‘surdato’ nnamurato”. He still is not unbalanced about the time of his departure.

The Slovak joke. In the picture with Mr. Ancelotti and Professor Antonio Giordano visiting Castelvolturno [/ caption]

Today he trained with his team mates, at the end of the session he posted a final group photo with his teammates at Castel Volturno. Negotiations with the Dalian are nearing completion and should take shape in the coming days with signatures on contracts and the collection by the Naples of twenty million euro, plus five bonus for the Slovak who will sign a three-year contract from about 9 million a year. While waiting for the transfer from China, however, Hamsik remains in blue and if the negotiations were to slip next week he could easily participate in the trip to Florence. The Slovak, beloved captain of the Neapolitans, leaves Naples after twelve years and an absolute recordman of presences (520) and goals (121) in the history of Italy. Meanwhile, Naples looks to the future. The club handed the list to UEFA without Marco Rog, on loan to Sevilla, but with Amin Younes, recovered from injury and ready to attempt the assault on the European trophy. The Azzurri after the trip against Fiorentina will ritufferanno in fact in Europe with the round of the sixteenth of the final in the evening of Valentine’s Day against Zurich. A match that Hamsik will see from China, thinking back to his 12 years in the blue shirt.