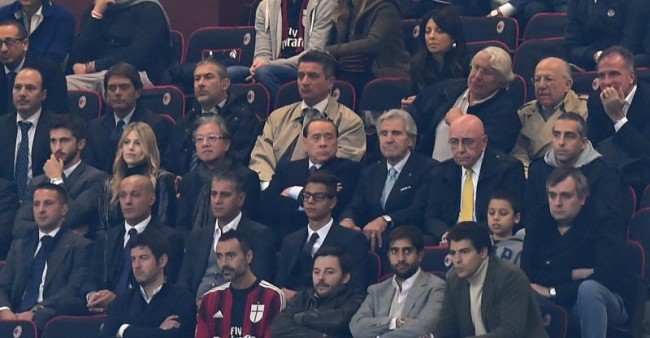 Italy is narrow and the way Milan’s starting to look more and more in there. Especially since Barbara Berlusconi has been named managing director for the commercial part. The daughter of Silvio, in fact, not only was the proponent of the new AC Milan home, but is also very active in taking forward relations with the Middle and Far East, the two areas are constantly growing and populated by some of the richest men in the world. The goal is to increase the commercial revenues in order to reduce the huge gap (over € 300 million) with sales of European powers.

You still touched her do the honors with Richard Lee, a businessman from Hong Kong, landed in Milan to discuss the expansion of the brand AC Milan. The Asian businessman witnessed the stage alongside Silvio and Barbara’s 1-1 draw against Fiorentina. It was the same in Milan confirm that between the club and Lee there is the possibility to work together to export the company’s brand in China, with a market that is virtually endless. The idea being considered would be to propose a kind of house Milan even in the most populous country in the world. Everything catered for – as reported by the BBC – by other initiatives to diversify the income of the Milanese club, still too tied to the TV rights. Lee is no stranger to dealing with Italy, as in the past has already helped Ferrari and Maserati to enlarge its borders to China.