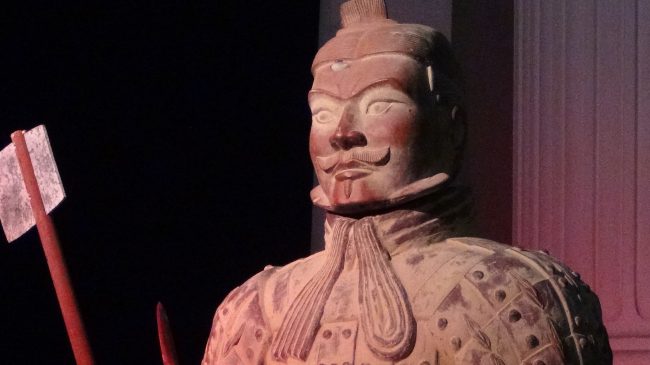 THE EXHIBITION “THE TERRACOTTA ARMY AND THE FIRST EMPEROR OF CHINA”: EXTENDED UNTIL 5 AUGUST

The latest extension for the international exhibition “The Terracotta Army and the First Emperor of China”, the first Italian in Naples in the Basilica of the Holy Spirit. Numbers of great exposure and many requests that have convinced the organizers to further extend the exhibition, by virtue of the arrival of tourists in the Neapolitan city in the summer months.
«The long tenure of the exhibition confirmed the strong bond between Naples and China. “Pompeii: The Infinite Life”, the exhibition that the MANN – Naples National Archaeological Museum successfully inaugurated on June 1, at the Qin Shi Huang Mausoleum Museum in Xi’an, persuaded us to extend it again – commented the Italian curator Fabio di Gioia – The great response from the public, coming from all over the world to visit the biggest reproduction of the Chinese army, is the demonstration of how much, in Naples, the culture is relevant, as well as the events, to it correlates, that have studded the eight months of exposure in the Basilica of the Holy Spirit “.
“The Terracotta Army and the First Emperor of China” is a journey to the Ancient China of 2,200 years ago. The exhibition represents the most complete reproduction ever created on the necropolis, on the life of the First Emperor and on the Terracotta Army, Eighth Wonder of the world for the visual impact, perfectly restored by the extension of the sixteenth century Basilica of the Holy Spirit, located in the heart of the historical center of Naples.