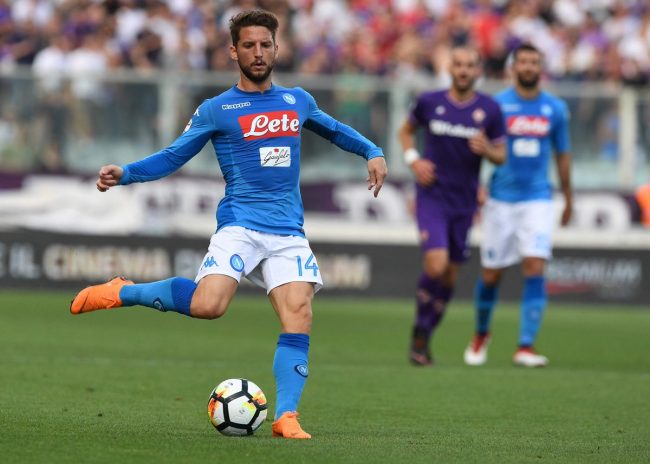 It is the derby of the centrosud. For the 149th time Naples and Rome to challenge. Also this year is fighting for the top of the league. Napoli wants to win to stay in the wake of a Juventus that does not miss a beat. Rome can not afford other false steps, it’s worth staying behind those who fight for the Scudetto. Tactical modules and quality of the athletes tell us it will be a good match. At least hopefully. Ancelotti rest Mertens in attack and puts Milik inside. The match does not start because the Var cabin does not work and there is no connection between the line judge and the referee. After 7 minutes of delay, the referee starts without the Var. In midfield Insigne spells De Rossi. Of course they said something about the absence of the Var. Rome is held in defense and waits for Napoli, which is possession but can not free the men in a good position to make themselves dangerous. At minute 14 El Shaaraway, at the first defensive distraction of Naples, goes online. Napoli accuses the blow but immediately gets back into the game and tries to equalize. At 20 the referee does not see a clear penalty on Milik. Naples makes the ball turn but can not find a break because Roma is all deployed in defense. Napoli unfortunately loses its usual glaze, loses the usual offensive plots and even risks doubling from Dzeko who is stopped by a large Ospina exit and a save on the head line of Albiol.

Naples is back in the field very aggressive. A few seconds later the Callejon whistle is denied a goal by Olsen. Rome closes in hedgehog in defense and it becomes difficult to get it out. It is not easy to disrupt the defense of the Giallorossi, a team to fight for this Neapolitan evening. Defend the Giallorossi with order and can be dangerous on the break. The ideal match for them. Napoli continues to push but fails to realize the many crosses in the middle. At 89 minutes Mertens is able to put in goal after dozens of dangerous actions, parades of Olsen and two goals canceled out. A draw that is good for Roma, it does not go down to Napoli.