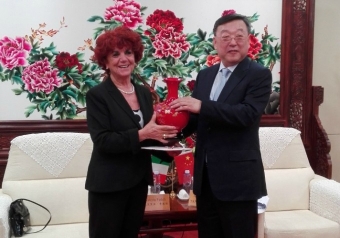 SCIENCE, TECHNOLOGY AND INNOVATION: THE ITALIAN-CHINA WEEK IN PECHINO

The eighth edition of “Italy-China Week on Science, Technology and Innovation” was opened in Beijing in the presence of two Research Ministers, Valeria Fedeli and Wan Gang.

The visit of Minister Fedeli goes beyond those of President of the Republic Sergio Mattarella and of the President of the Council, Paolo Gentiloni, confirming the good relations existing in many fields between Italy and China.

The Aerospace Industry is the protagonist of the Innovation Week, with the meeting of the Italian delegation with the heads of the Chinese Space Agency (CNSA). Collaboration between the two countries, now more than ten years, has been renewed and confirmed. The two agencies, awaiting the launch of the Earthquake Earthquake (CSES) mission, scheduled for February 2018, agreed to prepare a joint medium- and long-term co-operation plan.

The ASI President opened the Innovation Forum with a focus on gravity waves, highlighting how science is at the heart of technology and innovation, as well as economic and social development.

Roberto Battiston, interviewed on Chinese state television, said he was particularly pleased with the intensity and quality of collaboration between Italy and China in space, underlining the success of a country system action.

The opening ceremony of the Forum ended with a group of Italian and Chinese students who gave the two ministers some 3D images of the moon obtained from processing data from their processed Chinese CHANG-e satellite. In fact, the thematic seminars during the week will also talk about moon exploration and the Moon Mapping project, which came to its fifth year, strongly wanted by the two ministries of Research. A group of Italian students, teachers and researchers, led by Paolo Giommi (project manager at ASI), will move from Beijing to Guiyang to deepen the theme and lay the foundations for a new collaboration.

Among the activities envisaged for the delegation of ASI, including Gabriella Arrigo (Head of International Relations) and Gabriele Mascetti (Head of Human and Microgravity Research) several meetings with the Chinese Space Agency (CNSA) for the Chinese Space Station (CMSA) to continue the work started last February, in order to contribute to the development of the station and participate in the experiments that will be carried out 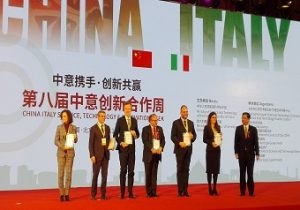