ALESSANDRO DIAMANTI SCORE AGAINST THE YOKOHAMA F MARINOS LIPPI THE LANCE AND THE WORLD. PHOTOS AND VIDEOS

He signed another goal in the Champions League Asian Alessandro Diamanti with the shirt of Guangzhou Evergrande against Yokohama F. Marinos. The network of former bologna, however, was not enough to bring victory to the team of Mr. Lippi. The match ended in a draw 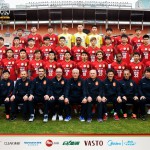 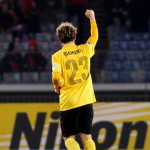 Nell’Asiatic Champions League debut Alessandro Diamanti made ​​his debut with a brace that brought Evergrande to victory. Yesterday Marcello Lippi, in the pre-match press conference talking about the former bolognaha said that “it is still quite competitive and I think that will go to Brazil.”