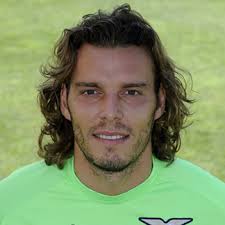 Federico Marchetti could leave Italy and follow in the footsteps of Diamonds. The Lazio goalkeeper at present, with the injury that hit him, may have to give way to younger Berisha, thus endangering the participation at the World Cup in Brazil.

So the divorce, rather than in 2016, it could come much earlier, almost immediately: the Guangzhou Evergrande Marcello Lippi, who has already secured Alessandro Diamanti, it could close the deal by putting the pot of € 12 million offer from Claudio Lotito.

For the goalkeeper, however, planning a contract for 3 million euro per year. In China, the market is not closed, then we can expect a few surprises in the coming days.