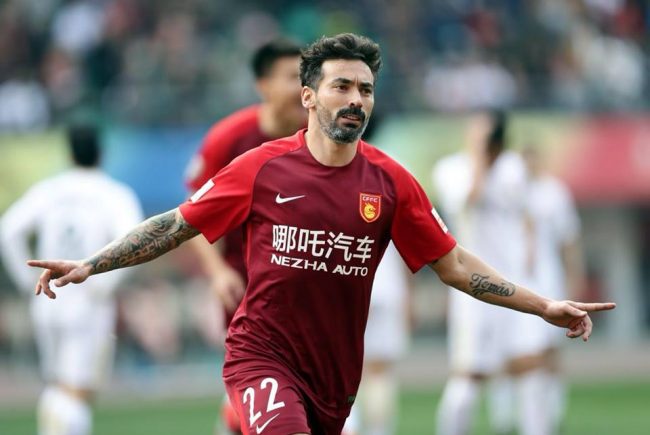 CHINESE CHAMPIONSHIP, SUCCESS FOR CANNAVARO, PELLE ‘AND LAVEZZI. THE EXEMPTION OF AN ITALIAN ARBITRATOR ARRIVES

Fabio Cannavaro’s Guangzhou Evergrande championship continues positively and won the big match against Jiangsu Suning of Cosmin Olaroiu and Gabriel Paletta. Intense match that resolves, in the minutes of recovery, with the stunning header of Yu Hanchao, made enter the game underway by Fabio Cannavaro, who beats the extreme defender of Jiangsu Gu Chao perfect until then. Defeated but still head on high for the Texeira and Boakye team who collect less than they sowed but with the possibility to look to the future with great optimism. The Italian Marco Guida was the referee for the challenge.
Fundamental victory for Hebei Fortune in the field of Tianjin Quanjian, which raises and not just the ambitions of the team coached by Manuel Pellegrini. Authentic driver Ezequiel Lavezzi absolute star of a team that is still struggling to express a convincing game despite the technical means available. Deep down for Paulo Sosa who even left in the stands the top scorer of the team Anthony Modeste to leave room for a disappointing Pato and far too out of the box.
Victory fundamental for the run-up to the title for the Shandong Luneng: young man’s double, class 92, Jin Jingdao already at the third seasonal goal. First defeat for Chang Woe-Ryong just landed at the helm of the new Club. Graziano Pelle’s team is only one distance from the first position occupied by the Shanghai Sipg.