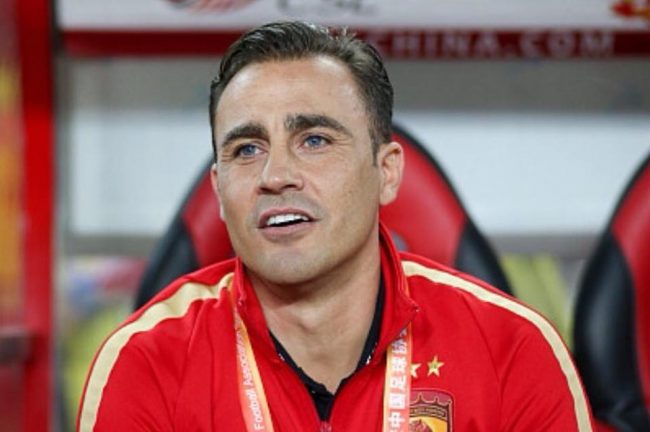 Full crisis for the Guangzhou Evergrande. Fabio Cannavaro’s team after the defeat in the national cup, is also beaten in the league. At the end of the first faction, the men trained by Mr. Cannavaro found themselves under two networks, taking another before the end of the match.
Defeat also for the Hebei Fortune of Lavezzi who lost at home against Henan Jianye. The only goal of the match is marked by Christian Bassogog who after 8 minutes violates the defense of Hebei Fortune. Manuel Pellegrini’s absolute dominance for about 80 minutes without ever finding the draw net, making all the efforts of Lavezzi and teammates vain.

Good Jiangsu Suning of Gabriel Palletta who triumphs for 2 goals to 0 on the Changchun Yatai. Out of shape Graziano Pellè who failed to ferry his Shandong Luneng to the top of the standings. Nare goal draw against Beijing Renhe of Luis Plaza who manages to conquer a very important point for the fight against relegation. For a bad time, the performance of the Tardelli-Pellè attack couple both seemed visibly on the legs several times.