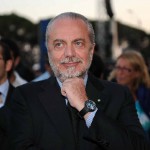 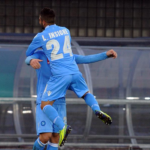 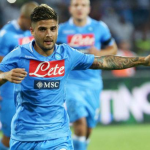 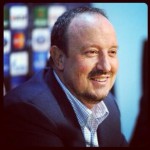 Writing about football around a stage when you are at war , you ambush , even injured by gunshots Neapolitan fans arrived in Rome for the Italian Cup final and ‘ difficult. The formuletta ” the show must go on,” the show must go on, and ‘ true up to a certain point . Olympic stadium and ‘ staged de profundis of Italian football. Because of a few criminals who have acted outside the stadium. Perhaps for reasons that have nothing to do with the game. So a shame the proportions of which are incalculable . Who ambushed the Napoli fans had nothing to do with football. And for sure they were not fans of Fiorentina. Events seem to be unrelated to the football game . Teams still in the locker room , and Napoli’s Marek Hamsik leaders on the pitch to try to calm the fans of Napoli Neapolitan that the wounded in hospitals although ‘ serious not risk their lives . And ‘ this the spectacle of the Olimpico in Rome, where before they were playing the game was already’ a loser : football, some scum that continues to set the fans and the sport. You will understand ‘ something more’ about what happened outside the stadium, certainly nothing to do with football and with the values ​​of sport . And to say that yesterday the Pope Francis had met the players of Napoli and Fiorentina and had appealed to the fans so that ‘ we celebrate an evening of sport. The game is played . The evening starts with prejudice whistling the national anthem . One way to seal the shame of Slip of the game. Whatever the end result , anyone who will win ‘ in the field, for Italian football and ‘ yet another own goal . Sprint out of Naples , ordered Fiorentina defense. At the fifth minute first danger to the Net . On Illustrious rejects shot for a corner. From the corner , and ‘ Higuian that beats to the network, the Net manages to parry . 11th minute on a change of heart , Distinguished bags on cue perfect Marek Hamsik after a buck of 80 meters. At the 15th still a blaze of Naples with Callejon which is crossing dangerous grazing put in the corner. A minute later and this time and ‘ always a deadly counterattack of Naples after a play beautiful Higuain , the ball comes to Illustrious putting in, maybe with a deviation of Tomovic . The purple seem in trouble ‘ . Napoli plays from memory. Hamsik from breath to the offensive . The 26th razor from 25 meters Callejon just wide .
At the 27th Vargas reduces distances with a left that left Reina stucco . On the terraces , private sector supporters to leave the first Florentine racist chanting . What more ‘ idiot ‘ even more than ‘ gettonato . The Florentines who hail the Vesuvius.
La Fiorentina seems to have revived after the goal and pours for a few minutes in the attacking ‘ field of Naples , but that’ defends well .
Second Half begins with a wary Napoli and Fiorentina always attack-minded . After 15 minutes Hamsik is beaten to a stiff ankle and immediately get a replacement. Sign Mertens . Higuain also comes out , takes her place on the first offensive action Pandev who touches the goal . Montella the 30th of the second time puts on the field, after 4 months , stop Pepito Rossi .
80th Inler sent off for a second yellow card . A few seconds later the referee warns Reina also for loss of time.
At the 93 th Mertens closing the accounts with a fine goal on passage of Pandev .
Tweet