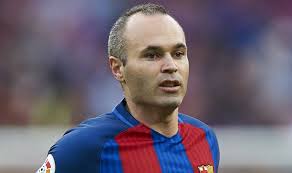 Andres Iniesta leaves Barcelona after 22 years, 6 in the youth teams and 16 in the first team. He announced this, crying, himself during a press conference. “This meeting is meant to make public – said Iniesta – the decision that this is my last season with the shirt of Barcelona, ​​something that I have been thinking about for a long time, personally and with my family, after 22 years here I could no longer give my best “. With Barcelona Iniesta has so far won 31 titles.
Iniesta said that he will leave but not where. Everyone knows it in China, to play a little and sell a lot of its wine. But he did not want to say: “There is a lack of details. I’ve always said that I would not play against Barça so out of Europe every place is fine. But first there is still a Liga to win to close a vintage with the doblete, a very positive season “.
Two hypotheses. The midfielder could be one step away from China’s Tianjin Quanjian, a club coached by Paulo Sousa. According to ‘Il Corriere dello Sport’, the transfer should take place free of charge in order to circumvent the notorious luxury tax, imposed by the Chinese government to limit the pharaonic expenses of the clubs. The Spaniard would earn a good 20 million euros per season, a figure he could not say no despite the fact that he signed a lifetime contract with the Catalan company last October.
According to the Chinese broadcaster PPTV, instead, the team where he will play the extraordinary midfielder, class ’84, will be the Chongqing Dangdai Lifan, club that plays in the Super League, the Chinese maximum championship. The owner of the Chinese club, Iniesta’s future team, is Jiang Lizhang, an entrepreneur, also the owner of the Granada, a Spanish club and 60% of the Parma shares. Gerard Pique, Iniesta’s team-mate at Barcelona, ​​who has been associated with the Desports investment fund, owned by Jiang Lizhang, could play an important role in the success of the operation.