The first pole of the season for Lewis Hamilton ahead of Red Bull Daniel Ricciardo , trailing by three tenths compared to the English rider , while in third place Nico Rosberg ‘s Mercedes with the other , to witness the immense progress made ​​by the manufacturer German , if we consider the performance of the last world Cup , during which Hamilton and Rosberg had often had to surrender to the tires that got damaged after a few laps doing so collapsing the time of the car. The results of the qualifying today were influenced heavily by the rain that has fallen on the Melbourne circuit . Rain victims who did excellent , including the Ferrari driver Kimi Raikkonen ( docicesimo ) and four-time world champion Sebastian Vettel ( thirteenth ) . 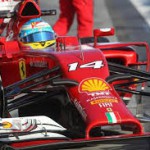 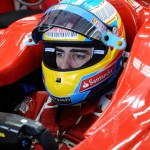 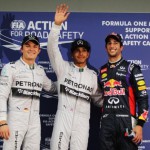 Alonso also competitive in the wet, at least until the end of Q2 , when he had the third fastest time, time which then became the fifth in the last qualifying. The results of the latter must , however, take account of the rain that has a little ‘ messed cards to all teams , including the Red Maranello , which he hoped to the last to be able to get at least the second row only if Alonso was managed to climb over the amazing Magnussen , making his debut in the McLaren and now competitive with an excellent fourth place behind Nico Rosberg.

Aalle qualifications of the Australian Grand Prix to come out defeated the reigning world champion , Germany’s Sebastian Vettel , who had used the fans of Formula 1 to an unchallenged domination in recent seasons . Today’s results confirm that the trend seems inexorably changed. A trend that now sees Mercedes and its two riders ahead.