MEET THE PLAYERS MANCHESTER UNITED MARADONA, “THE NUMBER 10 STRONGER THAN EVER” 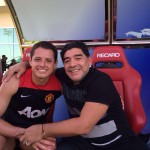 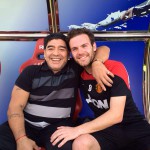 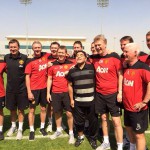 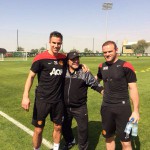 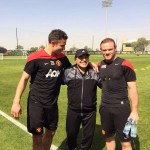 Manchester United and Diego Maradona met in ” neutral ground .” The former golden child , after his visit to Italy crowned by the presence at the San Paolo stadium during the Italian Cup challenge between Naples and Rome , he returned to Dubai where he is an ambassador for the sport of the Emirates and were waiting for the Red Devils .
Manchester United is in fact in the UAE and the British leadership has thought well to invite the former champions Argentina to attend the training . Maradona, after the session led by David Moyes , he stayed with the Red Devils have not lost the opportunity to celebrate the former golden child with Rooney and Van Persie all .
“The number 10 stronger than ever.”
So have commented on Twitter champions Manchester United, who have seen Diego Maradona today .
Mata and De Gea , have published the photos , which show them together with the ” golden child ” , on their official profiles . Great reception for Diego also from other specimens from Rooney and Van Persie to ” Chicharito ” Hernandez , through the technical Moyes and his staff .