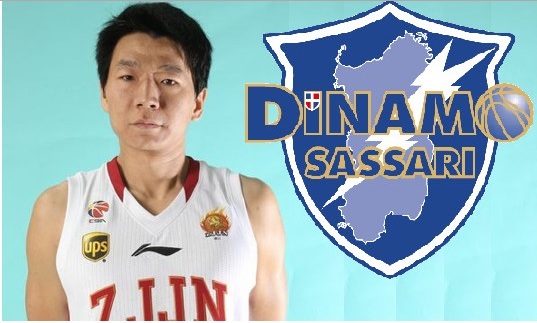 In the wake of what he has done Panathinaikos, who with Ping Sheng did not get technical but economic and commercial benefits , including the Tour of Sardinia explore the Chinese market. It opens a channel through the arrival , by the time trial , Qiu Biao , 31, coming from the wing Zhejiang Chouzhou , where this year closed at 8.8 points per game , whereas previously it had been a flag of DongGuan , with a year over 21 points per game.

Qiu Biao has always remained on the margins of the national team of China, and its arrival – the first player from the Far East to land in Italy – may increase the commercial value of Sassari , who chose to approach new markets. Increasing its visibility given that the intention of the President is to make Sardara transmit the matches of his team in China with a view to maybe a summer tour in the future.