NAPOLI overwhelms CAGLIARI AND ULTARS IS ONLY FOR CIRO

The pace of the race is always bland . It seems more like to attend a training. The superiority of Naples is clear, however, and Benitez ‘s men come very often to the goal defended by Silvesti . In the first half the Blues go twice in goal , with a penalty of Mertens, propitiated by an action of Pandev , and a deviation of the same measure under Macedonian exploiting a perfect assist for Callejon . 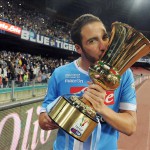 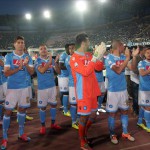 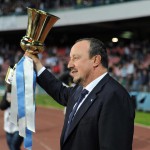 The Cagliari is not there. The Sardinians try a few forays with Ibarbo , triggered by Eriksson , but the defense of Naples is attentive and you never leave surprise . Absences Albiol and Higuain are not noticed , besides the friendly climate that characterizes the game inevitably ends up substantially change the values technical and tactical . The race is a performance forced and it shows.

In the second half , after just 10 ‘ , the goalkeeper Silvestri lands Pandev is ejected. Hamsik is unable to find the way of goals from the penalty spot and even captures the crossbar . With Cagliari outnumbered the race , if possible, do you even more boring. Scored in Dzemaili . Cagliari can not do anything but defend the honor and avoid a goleada . The air holiday for those who will not be undertaking in Brazil, is already a reality.