THE VESPA RECYCLES AND FLY IN TIANJIN. THE MOST KNOWN SYMBOL OF ITALIAN LIFESTYLE SHOW IN TIANJIN WITH A WHOLE NEW LOOK: WILL OF CARDBOARD AND PLYWOOD

The next May in Tianjin, north China , will host the first edition of the Tianjin International Design Week. The port city just an hour from Beijing, already the center of its economic area , embracing a new challenge this year , to apply for the role as an international center of design , comparing the creators of the best in the country with those from the rest the world. The experiment opens doors with a special guest: the city of Naples and its excellences . This event will offer the possibility to Campania to show not only the splendor of its traditions and its cultural heritage , but it is mainly an opportunity to export the Neapolitan Lifestyle , through the work of its maker best . Manuel Di Chiara , Ischia DOC , is one of the designers chosen to represent the region of Campania in the land of the dragon. ” The makers are young people with few resources and good ideas which produce the interesting items at this time literally flock to the magazines ,” explains Manuel, who will be in Tianjin to present his Vespa ” sustainable .” Who has had the opportunity to see his work would recognize from a mile away his stylistic : recycle, invent and reinvent at low cost. The material is intended to be destroyed over this time in the hands of Manuel gave shape to a Vespa , rocking , that some of them will have to travel by road. A model of Vespa 50s, reinvented for recreational purposes and constructed with cardboard and plywood, which has already received feedback so wide that Manuel has seen fit to adapt immediately to the large-scale production . Her dreams do not appear to have been ambitious since the “Vespa cardboard ” Manuel Di Chiara land in what, according to predictions , will become the heart of the design world . 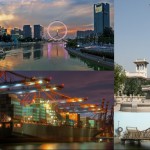 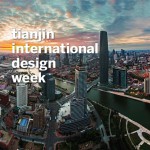 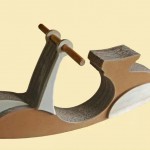 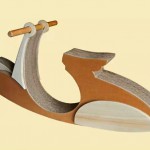 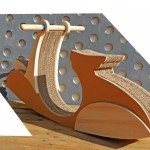