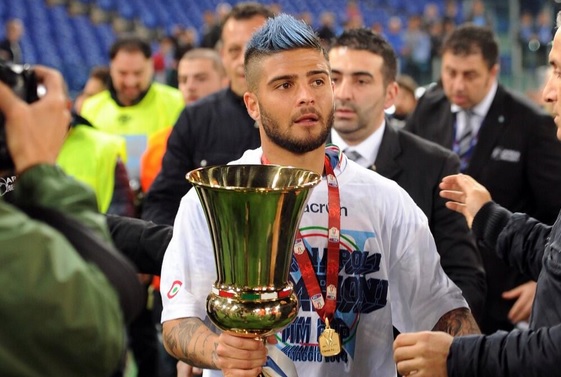 Champion among champions, Lorenzo Illustrious , ready to receive notice of the Commissioner of the National Technical Cesare Prandelli to defend the colors of the Italian national team at the Mundial in Brazil, will be among the stars of the day that journalists and sports scores from Naples, yesterday and today dedicated to the 100th anniversary of the Rowing Club in Naples.
Ussi , the Italian Sports Press Union pays tribute to the sport of Campania and a century of stories to coincide with the birthday of the historical association Giallorossi . It does so with the convening of the National Council in the capital of Campania , in the seat of the company, to Molosiglio . The appointment by President Luigi Ferrajolo is Wednesday, May 14 at 15, but the return of the National Council Ussi in Naples , after nearly twenty years of absence, will be preceded at 11 am from ‘ A Century of champions ‘ , a meeting organized dall’Ussi and Rowing Club Naples , attended by star players of the past and present of the Calcio Napoli and Naples Rowing .

The world of sports journalism and the football Neapolitan come together to celebrate a century of life of the prestigious association , a club from the legendary history and full of triumphs. And so to Lorenzo Illustrious , accompanied by a large patrol leaders of Naples , will be joined by executives and players who have made the history of the company Blue : Corrado Ferlaino , the president of the two league titles and the UEFA Cup , Luis Vinicio , from Cane Montefusco , until Gianni Improta and Pino Taglialatela . This appointment also the president of the National Amateur League the Italian Football Federation of Campania, Enzo Pastor.
To receive guests , the president of the Naples Rowing , Eduardo Sabatino , flanked by honorary president , Charles De Gaudio , the Vice Presidents David Tizzano and Vittorio Lemmo and the entire staff of the Board of Directors. And then a representation of athletes who have made the history of Naples Rowing , like Carlo Silipo , David and Paul Rummolo Trapanese .
It will be a meeting on the edge of glorious memories , between the reality of the present and hopes for the future, moderated by journalist Rai Gianfranco Coppola , National Councillor Ussi and recently elected to the Executive Committee of AIPS Europe. Will also take a qualified representative of the art world , with the actors Riviecco Gino and Enzo Fischetti , and literary , with the writer Maurizio De Giovanni , historian Napoli fan and avid supporter of the yellow and red colors of the Rowing Club . In the afternoon , then , the work of the Board of Directors dell’Ussita in Naples that will address important issues related to the profession of sports journalists , who becomes more and more complex and delicate , even for the increasingly pronounced contours of social phenomenon that sport has taken in recent years.