His two goals did win the Cup in Naples Italy , he put on board the first trophy won in Serie A: Lorenzo Illustrious responds with a great performance and with two goals to break a hunger strike that lasted far too long . He pulls out a great performance in the field : he, Neapolitan Olimpico did go back to talking about football throwing behind the controversy , insults and racist chanting . After a few hours of sleep Lorenzo , with his wife, Genny , Carmine ‘s son in-law Lina and Mario were celebrating the victory of the Italian Cup to the Giardini di Aversa Savignano .

Tricolor menu for families Darone Illustrious prepared with care and imagination by chef Salvatore Cristofaro . One of the highlights was the appetizer Cup Italy -based steamed squid with pesto kind surrounded by artichokes , arugula, cherry tomatoes and crispy . 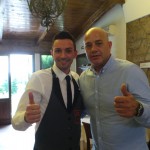 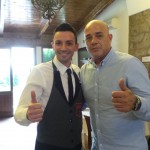 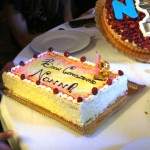 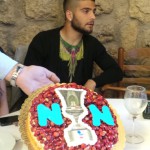 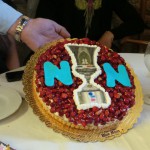 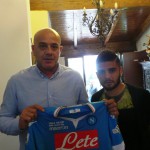 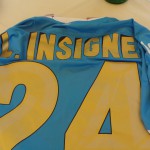 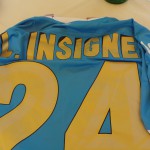 Then the cake, to celebrate the Italian cup of Naples and the exhilarating performance of Lorenzo and the other for Lina , Genny ‘s mother and mother-in-law of Illustrious to honor his birthday.

Lorenzo gave the jersey worn last night for the final of the Italian Cup to his father Mario, who has exhibited in the premises of the Garden of Savignano