MARCELLO LIPPI EVER ‘EMPEROR OF CHINA. THE train in Guangzhou Evergrande UNTIL 2017

Marcello Lippi will train for another three years, the Guangzhou Evergrande, with whom he won the championship of China and the Asian Champions League final. The announcement was made by the club, that with this move he wanted to silence the rumors about a possible departure of the coach world champion in 2006 at the helm of Italy. 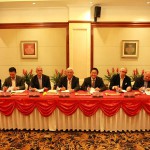 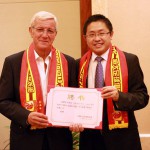 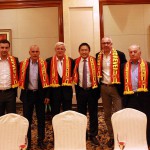 Lippi will therefore remain on the bench until November’s Guangzhou Evergrande in November 2017, as is stated in the note of the company. Lippi will continue to receive a salary in line with the provisions of the previous contract and, therefore, should earn about € 10 million per season. The Chinese club with guidance from Lippi has won the championship and the Asian Champions League.
Lippi, born in 1948, sits on the bench of the Reds since May 2012. A few weeks ago the leadership gave him Alessandro Diamanti, among other things, to sign with a shotgun Wednesday against the Melbourne Victory.
Tweet