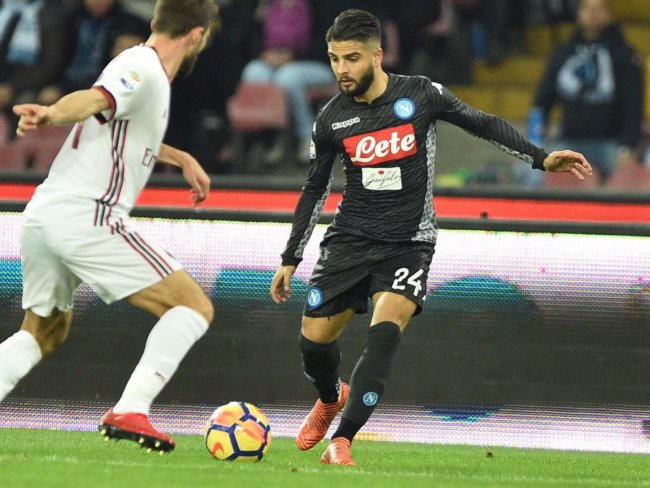 NAPLES IN HEAD: DEFEAT EVEN FOR A BRAVE MILAN

He resumed the Serie A championship after the frustrating brace of qualifying for the world-class, lost train from Italy, and he likes to see Jorginho laugh joking with his teammates after a single match has blurred his participation in the World Cup both with Italy and with Brazil. São Paulo arrives at the Chinese Milan, near the President of Naples there is David Han Li, Yonghong Li’s right arm: the Rossoneri’s Executive Director did not withstand the temptation to eat a good Neapolitan pizza and let himself be photographed with the Concettina staff at the Three Saints.
Sarri’s team started attacking so much to change, with Mario Rui instead of the injured Goulham, in front of the trio of wonders, Callejon and Insigne with Mertens center-right. They try the blue but Milan plays, hides the ball for the first 10 minutes. The time to take the measures and Napoli begins to aim for the gate of defense by Gigio Donnarumma. With Jorginho, Callejon insists and retires, then with Mario Rui and Insigne. On the other side there is Suso but it is in front of him Pepe Reina. Again to Allan, Hamsik is finally Lorenzo Insigne to unlock the result, at 34 ‘. The referee first deletes the goal for an offside suspect then asks the VAR and confirms the goal. Napoli continues to attack Donnarumma’s door with the usual known Jorginho, Mertens, Insigne. What actions, that Naples: until the end of the first half when a shot by Mertens ends up on the pole, then Insigne forces the Milan goalkeeper to a miracle parade. Bad note: Suso is forced to leave because he hurt falling. Instead, André Silva.
In the second half Napoli continues to attack. He does it with Dries Mertens who is with you for Donnarumma, who with the physician rejects the ball. Then there is Hamsik who finds on his way still the Rossoneri goalkeeper. In the second half of the second half Rui does not do it, he has not yet played a full game in his legs, and asks for change. May enter in place. A few minutes later, at 73 ‘Hamsik leaves and Zielinski enters. Mertens with a perfect assist serves the Polish: the ball passes under the porter’s legs. It is 2 to 0 for Naples who does not give up and continues. Exit Callejon and enter Rog. It is played, Milan must be admitted that he played at San Paolo. In time, he shifts his distance with Romagnoli in a game that reaches 95 ‘but loses the same. Napoli remains at the top of the league standings