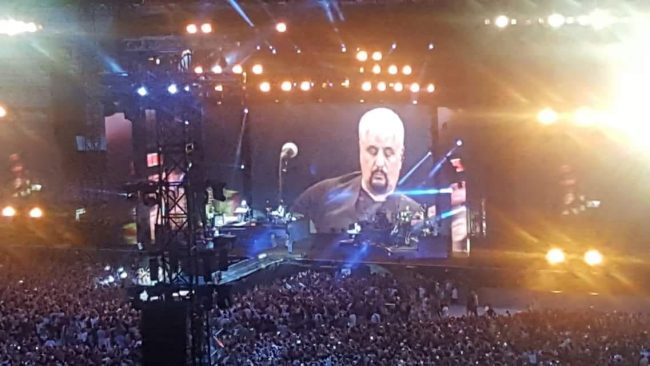 PINO HE HAS LEFT IN HEREDITY THAT HEART HAS CHILDRENED 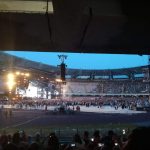 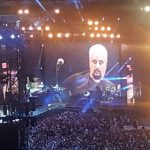 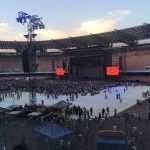 Who is Pino Daniele? Why the more time passes and the more we love him? Why do we grow older and the more we realize that we are approaching death while we perceive it as immortal? Every day we see Pino on TV, read his verses on the street on the walls, sing his songs at the stadium, we listen to the radio! Because behind, beside, to the side, in front of the story, to his human journey, to his artistic production there are more and more people of every age, of every generation that has loved him, that adores this artist? Pinuccio is a son of Naples, of the most generous and popular Naples, the one that emerges from narrow and narrow alleys where it never beats the sun and opens towards that sea where you lose your heart and mind to think of infinite horizons. Pinuccio has had the ability to make in music and verse some values, important feelings of which Naples and the Neapolitans are capable: solidarity, solidity, generosity, openness to suffering, understanding for differences, rejection of racism and distrust, love for next and no feeling of prevarication. There is not a single song by Pino Daniele that does not speak to the heart, is not a hymn to all these noble feelings that we often hear declaim but that Pino Daniele practiced, told and played giving us songs that are immortal as he is. From “Napule é” to “quanno chiove”, from “Je so Pazzo” to “Terra mia” there are no texts and music that do not always touch the same rope, just the Heart. That heart, understood as an organ, that has betrayed Pino but that will never betray us that from that same heart we inherited the feelings. Pino Daniele is not a catalogable artist in a musical genre. Oh yes, whatever expression you want to find, even the most ecumenical and universal possible, will never succeed in making good what it has represented. Pinuccio has synthesized rock, blues, funky, Arabic sounds, African influences, Indian syncretism, Neapolitan classic, Italian pop. So Pino Daniele was neither a pop singer nor an Italian singer-songwriter nor an international pop star, he also gave us concerts with Pat Metheny, Gato Barbieri, Billy Cobham, Eric Clapton, Chic Korea and a thousand other Italian artists and foreigners who still see each other again, organize concerts to sing together the poems of Pinuccio. In short, Pino can not reduce it in any enclosure. The only enclosure that would accept Pino Daniele was Naples. Mother city that Pino loved deeply and for this he entertained with her, with his Naples, a visceral and conflictual relationship. Pino is!
Tweet