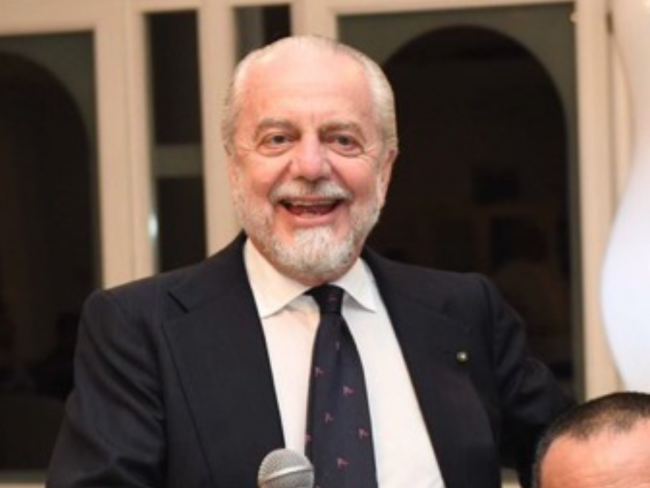 SARRI DOES NOT TALK, INSIGNE HOPES YOU REMAIN, DE LAURENTIIS TO JOURNALISTS: TIME EXPIRED FOR SARRI, WE MUST GO NEXT

Stay or leave? Maurizio Sarri is the unknown that weighs on the future of Naples. One of the most beautiful teams in Europe, arrived behind Juventus despite the 91 final points, is likely to lose the technical guidance. The relationships between Mr. Sarri and Aurelio De Laurentiis are not idyllic, but there is respect and it is probable that in the coming days it will be possible to define the future of the trainer without tearing. If Sarri remains, the Scudetto project will continue. Some players will go away, some top players may arrive, as they could also get those titles that were missing even in this exciting season. Sarri was the blue most invoked at the San Paolo in the last championship won with the Crotone. Last match at San Paolo for Pepe Reina, released between applause and tears for an audience and a city that the Spanish goalkeeper has loved and will always love. Last also for Christian Maggio. Great champion and great man. In Naples he spent ten beautiful years. The after game for Sarri was one you do not expect. The Tuscan coach born in Naples and a supporter of Naples, went to greet the public who hailed him for the entire race. Then in the locker room he embraced all the players, one by one, thanking them with tears in his eyes. What will happen in the next few hours. What the Napoli fans would like President Aurelio De Laurentiis knows. One of the most representative footballers of the Sarri band, Lorenzo Insigne, has a dream in his heart too. “I hope that Mr. Sarri remains. In these three years he has built and improved this group of players. And I hope – says Insigne – to make the right choice, which remains in Naples because we can take away a lot of satisfaction “. What does Aurelio De Laurentiis say instead? In the press room he would have said “time expired for Sarri, we still have no answers and we have to move forward without fear”.