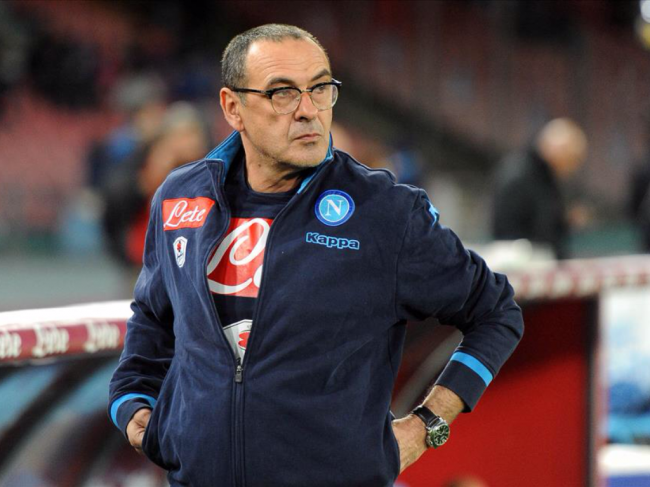 YOU WILL BE TOWARDS THE CHELSEA, ABRAMOVICH WANTS ALSO KOULIBALY AND HIGUAÍN

Marina Granovskaia, the right-hand man of the Russian billionaire and Chelsea’s patron, Roman Abramovich, has been investigating Maurizio Sarri’s readiness to become the new Blue technical guide. We are not interested in the events but in the actual negotiation phase. The contacts that led to Luis Enrique were interrupted: too many requests from the Spanish technician. Of course, Sarri, including the clause, costs a lot. But it seems that Abramovich has seen more than one match of Napoli and seems to have been fascinated by the beauty of the game expressed by the team of Sarri. The choice of the técnico still under contract of the Naples seems the most congenial for Chelsea and welcome to Abramovich. From here more than a courtship we are at an advanced stage: for the money there is no problem, we need the availability of Sarri to move to London for at least three years. If Sarri chooses Chelsea, the London company will certainly immediately focus on an important buying campaign that will allow the new coach to fight on equal terms with City and Liverpool at home and the top clubs in Europe. Chelsea’s first goal is Kalidou Koulibaly. Carlo Ancelotti asked the Napoli to retain the top players, but in front of irrevocable offers, the sale is possible. For Koulibaly Marina Granovskaia has sent to pay even 80 million euros. A figure to which Aurelio De Laurentiis can hardly resist. The Senegalese champion, the subject of this and other attentions of other important clubs (Psg in the lead), at the time of saying certainly flattered of such attention but that he in Naples in a club led by Don Carlo Ancelotti is very good and above all feels tied to the city and the Neapolitans who have often expressed a great affection, especially in difficult moments of his stay in Naples. Another goal of Chelsea, where Sarri never took the place of Conte, would be Gonzalo Higuaín. The Argentine won in Italy championship and cups. It is not that it is found by God in Juve. He always wanted to play in the Premiere League, so with Sarri (his coach in Naples) he could crown this dream and become the top player of an English top club with new technical guidance. A few days and we will know how this negotiation will end. If Sarri goes to Chelsea, Napoli must prepare to foil the assault on Koulibaly or to get the most out of it in economic terms so that it can then invest in other champions.