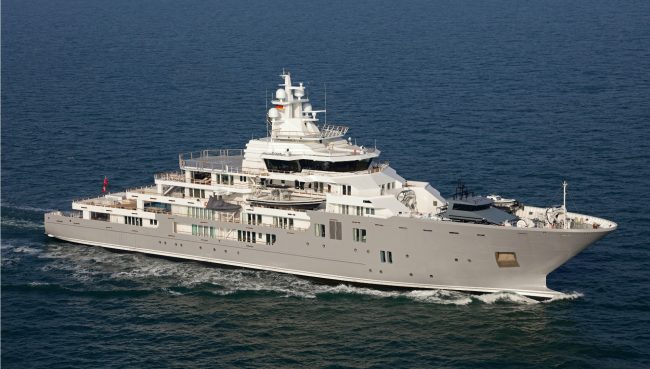 ZUCKERBERG HOLIDAY IN THE GULF OF NAPLES: FOR ISCHIA GOES TO CAPRI AND SORRENTO WITH ITS YACHT ULYSSES

Mark Zuckerberg, founder of Facebook, is back in the Gulf of Naples. In these images shot while a storm rages that sweeps the entire bay of Cartaromana of Ischia, you can see its Ulysses moored a few hundred meters from the Aragonese Castle. We are talking about a megayacht built by the Kleven shipyards in Norway, which builds commercial ships, for the American billionaire Graeme Hart. Ulysses was delivered to Hart in 2016 and purchased by Zuckerberg a year later from the original owner at a monstre price of $ 195 million. It is a small 107-meter-long floating city, with pools, spa, helipad.

Zuckerberg had already been in Ischia in 2012, without a yacht but with his wife, on honeymoon. Mister Facebook loves Ischia, it is the third time that he returns, after having also come as a kid with his parents. The presence of Zuckerberg has also been reported to the Italian security forces who discreetly will watch from the outset that the holiday is calm. Obviously on the Ulysses there is also an excellent security device that follows everywhere in the world mister Facebook. Immediately after spending a couple of days in Ischia, Zuckerberg and his big boat have moved to Capri, on the side of Marina Piccola because in the port Ulysses can not get in, and then they have broken off today on the Sorrento.