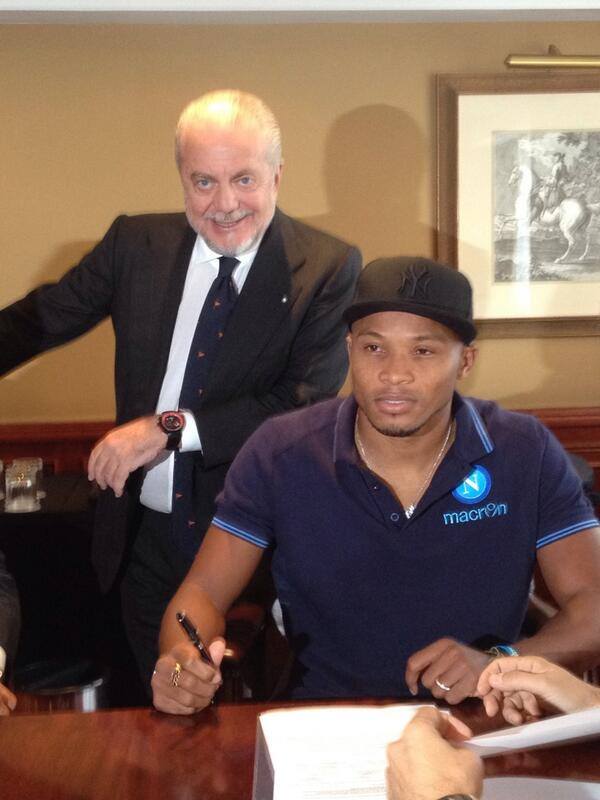 ZUNIGA IN NAPLES FOR THE NEXT 5 YEARS. AD OF DE LAURENTIIS ON TWITTER

“I am pleased to be able to announce that Zuniga will stay with us another 5 years.” So he tweeted Aurelio De Laurentiis signing the renewal by the outside Colombia. I do not know the details of the agreement reached. The telephone went ahead, constantly, between ds Bigon Calleri and the manager, and then to the summit night in London between De Laurentiis and the entourage of the player, the agreement was reached. Arsenal and Barcelona have been interested in the past Zuniga, the last assaults were Inter and Juventus but the decision has been made: the Colombian renews with Napoli. It seems cheL’intesa was also found as well as on how to engage on the buyout clause to 30 million.
This is the fifth season in blue for Zuniga.
With the Colombian Naples boasts 116 appearances in Serie A, 10 in the Italian Cup, Super Cup and one in 22 in Europe.
He scored 4 goals, all in series A, Catania, Inter, Genoa and to the Roma.