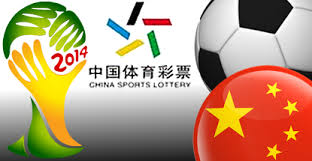 It’s of 748 million yuan, amounting to 88 million euro, the amount of betting on the outcome of the Chinese Football World Cup Brazilian registered so far, with a surge in the beginning of the match. He revealed to the National Sports Lottery Center, which regulates the betting world in Dragon. The surge in bets mainly occurred during the first five days of games and the annual increase has hit 482% at the kick-off of the 2014 Brazil bookmakers Chinese had collected 150 million yuan of bets, equal to 17 , 5 million Euros. Compared to bets on football of the year, other lotteries and prize games have had a margin of growth much more tight: only 1.54% on an annual basis.
Even the platforms of e-commerce were the protagonists of this boom: Taobao has so far registered six million bettors. The excitement around the World Cup in Brazil goes hand in hand with the recent regulations on gambling. The world championships of football that will be played in Brazil are the first major sporting event to be held since they were legalized sports betting in China. Agencies and online betting sites have prepared the event through promotional initiatives, such as the site of 500.com Shenzhen, which promises a prize of 100 million yuan, 11.7 million euro, to anyone who can guess the ‘outcome of all the matches of the World Cup. Despite the high number of sites online that bettors can use to place their bets only two of these have so far received the approval of the Ministry of Finance: sporttery.cn and, indeed, 500.com.