NAPOLI BEAT SWANSEA 3-1 with goals from INSIGNE, HIGUAIN and PEPE. A GREAT REINA PARA ALL 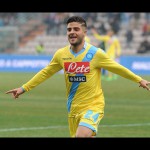 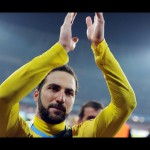 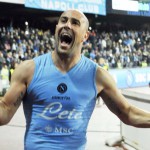 The Naples rocket part to spread the Swansea immediately in front of a fantastic crowd . The San Paolo and ‘ a pit . It’s not ‘ rhetoric , the fans, about 30 thousand , I’m really hot.
At the tenth minute thrill for Napoli. Raul Albiol Reina saves the door with a kick after a shot without fail attacker of Swansea. At the 16th Lorenzino Illustrious puts in a beautiful lob pass after a pass of the goblin Higuian Naples. Swansea has a vehement reaction but Napoli will not be left behind in coverage until the 30th minute when the defense of Naples you unprepared . De Guzman alone in front of Reina surpasses it . And ‘ the tie. The first half ends well ‘ . In the second portion of the game things do not change . Napoli tries to grind the game and bring the danger area in the middle, Swansea defending itself with order and try to make the bang. The entry into the field of Mertens does change the face of the game. A 78th is the Pipita Higuain showing Napoli the lead with a fine shot after a triangulation in the opposing area . Naples again qualified outside Swansea . 87 th and ‘ Reina to save the result with a miraculous save on a header of a beautiful Welsh striker of Swansea. Action at the 90th goal of Higuain foiled by a whisker. And ‘ Reina the hero of the day not only for parades but also for the personality’ demonstrated. In the third minute of added time and ‘ Inler to make the third goal. And ‘ certain victory . But that suffering. Napoli play with Porto that drew in Frankfurt.
Tweet